Based on the medieval fair called Mamankam, which was celebrated every 12 years between 800 AD and 1755 AD, the story of the film is supposedly about a brave warrior (played by Megastar Mammootty) of Malabar and his loyal soldiers.

Mamangam is a 2019 Indian Malayalam-language period action film directed by M. Padmakumar and produced by Kavya Film Company. Sajeev Pillai was the director in the first schedule but was replaced by M. Padmakumar. It stars Mammootty, Achuthan, Unni Mukundan, and Prachi Tehlan. The film is about the Mamankam festival of the 18th century in the banks of the Bharathappuzha at Tirunavaya, in the Malabar region. The film follows Chaaverukal [disambiguation needed] who plot to overthrow the Samoothiri.

The songs are composed by M. Jayachandran. Originally shot in Malayalam, it was dubbed in Tamil, Telugu, and Hindi and simultaneously released worldwide on 12 December 2019.

Mamangam was originally planned by director Sajeev Pillai who has written the script, which is based on the Mamankam festival that was celebrated during the 17th century. The film features Mammootty in the role of a warrior. The makers got permission from Navodaya to reuse the title of their 1979 film. According to sources from the production team, as of January 2019, the budget of the film was ₹45 crore. In November 2019, producer Venu Kunnapilly revealed the final budget to be ₹55 crores. 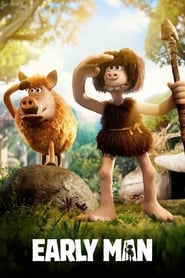