IMDb: 7.6 2017 113 min 314 views
After being coerced into working for a crime boss, a young getaway driver finds himself taking part in a heist doomed to fail.
ActionCrime IMDb: 5.9 2013 130 min 301 views
In New York City, Clary Fray, a seemingly ordinary teenager, learns that she is descended from a line of Shadowhunters — half-angel warriors who ...
ActionAdventureDramaFantasyMysteryRomance IMDb: 6.9 2013 131 min 269 views
When legions of monstrous creatures, known as Kaiju, started rising from the sea, a war began that would take millions of lives and consume ...
ActionAdventureScience Fiction 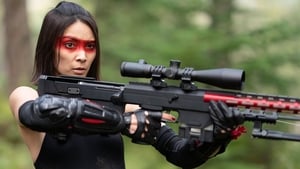